In today’s tennis industry, there is a massive range of racquets to choose from. It can be quite confusing to know what racquet is the most suitable for you. But, scaling down and looking for a women’s racquet, it will make your picking process much easier.

As you may know, there is no such thing as women or men only racquet. But, there are some major differences between the psychical abilities between the genders that do affect what racquet you should choose.

Below is a breakdown of the 7 best tennis racquets for women. There is something for all levels and play styles on this list.

The first racquet on this list, the Head Graphene 360 Radical MP is a control-oriented and lightweight racquet that is perfectly suited for female players.

Compared to previous generations, this racquet has a higher stiffness level, giving the Radical MP a livelier and more modern feel.

At the net, this stick is not only quick, but it also rewards clean mechanics with penetrating volleys. The combination of maneuverability, power, and spin, is what makes this racquet one of the most popular in the tennis industry.

With the Radical MP, you can expect a very light and faster racquet than a traditional player’s racquet. This racquet is one of the easiest racquets to maneuver in the Head-line.

The Radical MP does not only feel crisp and precise, but it’s impressively fast for a racquet with a 324 swing weight racquet. A perfect racquet for any beginner or intermediate player that wants to take their game to the next level. You can read our full review in this post.

The Babolat Pure Aero is one of the most spectacular racquets on the market and it has all the ingredients for players to become successful.

One of the most popular racquets at both the WTA & the ATP Tour, players like Rafael Nadal and Johanna Konta endorses this racquet. At the recreational level, this is one of the main racquets for both men and women that are serious about their game.

Known for being one of the most spin-friendly racquets on market, while it still offers great control and power. However, the racquet needs to be in the right hands. It requires a certain amount of skill to control, so if you don’t categorize yourself as an advanced player, I would suggest going with something else.

Not the most user-friendly racquet, but for those who can handle the stick, the Pure Aero is one of the most rewarding racquets on the market. I would recommend it to intermediate and above players that are serious about becoming developing their tennis game.

It takes a bit of time to get used to, but once you get comfortable with the Pure Aero, it will be hard to find a better option. You can read our full review in this post.

The Wilson Blade 98 is one of the most popular racquets from the Wilson line. There are many players on the WTA Tour that endorses the Blade 98, including the American tennis star Alison Riske.

The combination of the 320g strung weight and the 328 swingweight, gives you plenty of power. Combine that with a great feel and a lot of spin potential and It’s pretty easy to see why this racquet’s popularity has skyrocketed recently.

It takes some time to get used to the Blade 98 and it requires a certain skill to handle the racquet. So, I wouldn’t recommend this racquet to a novice player.

The Wilson Blade 98 CV is made for intermediate and advanced players that are serious about improving their game. This racquet stability and precision make it a must demo try for anyone who plays tennis competitively. You can read our full review in this post.

The Japanese company Yonex, has started to establish itself massively in recent years. With not only signing a lot of pro players but releasing quality racquets year after year.

The most popular racquet in the Yonex line is the EZONE 100. A racquet built for intermediate and advanced players who want a maneuverable player’s racquet with easy targeting and precision.

Like all the EZONE racquets, this racquet controllable power provides a recipe for aggressive play-styles and confident ball strikes. Compared to the EZONE 98, the 100 have much more power potential. In addition, it allows for a lot of spin and there is enough heft for driving the ball effectively through the court.

At the net, the EZONE 100 is very maneuverable and moves fast, while It also delivers enough pop to finish points. The combination of power, speed, and spin makes this a perfect racquet for aggressive players.

The EZONE 100 is very arm-friendly and is perfectly suited for women. It’s not too heavy and at the same time not light enough to sacrifice any power. A great option for any player who categorizes themselves as an intermediate and above player. You can read our full review in this post.

The Wilson Ultra Tour is not the most common racquet at the recreational level, but there are a lot of players in the pro scene that endorses the Wilson Ultra Tour, including Madison Keys. I can see why, the Ultra Tour offers a perfect combination of control, maneuverability, and spin.

In addition to the outstanding control, the easy handling will bail you out when attempting to flick the ball deep from a dead sprint.

An outstanding platform racquet for the advanced-level player looking for a deadly weapon. At the net, the Ultra Tour’s maneuverability makes it perfect during quick exchanges, and there is plenty of touch for maliciously short droppers.

The Head Graphene 360 Speed Pro is one of the most popular racquets at the recreational level. But, there are some major names at the pro scene that endorses the Speed Pro as well, like the Australian women’s tennis star Ashleigh Barty and the World No.1 Novak Djokovic.

What makes this racquet stand out comes down to the controllable power. The Speed Pro is marketed more as a powerful racquet rather than a balanced one, but this racquet really got the best from both worlds.

Big hitters will love this racquet, considering how easy it is to generate power. While the racquet has a lot of power potential, it’s still light enough to be perfectly suited for females.

Serving is another good aspect of the Speed Pro. You can really go after the first serve and swing through the ball without feeling like you are going to miss a large percentage of them. The amount of control that this racquet has, will make you much more confident on second serves. Despite the outstanding control, it’s easy to develop a good amount of speed to allow the ball to explode off the ground.

Novak Djokovic endorses this racquet, and anyone who demos it can easily see why. He might not be the hardest hitter on tour, but he has very consistent, powerful groundstrokes that keep him at the top of the game.

If you have a defensive/counter-attack play style like Novak Djokovic and Ash Barty + is an intermediate to an advanced level player, you can’t go wrong with the Head Graphene 360 Speed Pro. You can read our full review in this post.

The last racquet on our list, the Babolat Pure Drive. One of the most popular racquets at both the recreational level and at the pro scene. The 2 main figures that currently endorses the Pure Drive are Karolina Pliskova and Fabio Fognini.

When it comes to advanced racquets, it’s hard to argue against a person going with the Babolat Pure Drive. It’s not a racquet setup that everyone will love, but it’s designed to help a variety of different play styles. The racquet provides a lot of power and spin, when it’s placed in the right hands. Also, it’s stiff enough to provide great control.

The best thing about the Pure Drive except the spin-friendliness is the serve. It seems like any player who demos this racquet feels like they can put the ball wherever they want with a lot of velocities.

In the modern game of tennis, the serve is becoming more and more important and this racquet offers the perfect combination of control, spin, and power that will make your serves reach their full potential.

The Babolat Pure Drive is a great option for any intermediate-advanced level player. It takes a certain skill to handle the stick, but for those who can handle it, it’s one of the most rewarding racquets on the market. You can read our full review in this post.

As I mentioned in the beginning, there is no such thing as a woman or men’s only racquet. But, that doesn’t mean that both should get the same kind of racquet. Men are naturally stronger and heavier, which allows them to handle heavier racquets.

Women should not only consider how heavy their racquet is, but they should also look out for the most important spec, swingweight. I would never recommend a swing weight over 330 to women, at least if they are at the beginner-intermediate level.

The same goes about the weight, try to go for a racquet that is under 11 oz (325g) strung. It will not only be easier to maneuver, but also it won’t be as hard on your elbows and wrists. I see too many people that play with too heavy racquets that they can’t control, which eventually have led to tennis elbow and other types of injuries.

For a more thorough guide on how to choose a tennis racquet, check out this post. 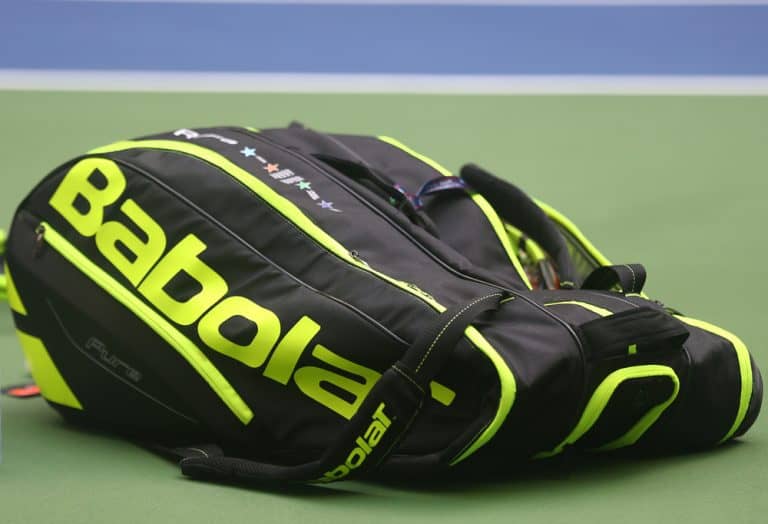 The average tennis player has a ton of stuff with them when they take the court. Whether it be racquets, grips, balls, shoes, wristbands, and more, players need a bag to keep track of everything….

With no person to train with, a tennis trainer rebounder is one option worth considering. There are many different types of trainers out there, and they all do a pretty good job of helping people… 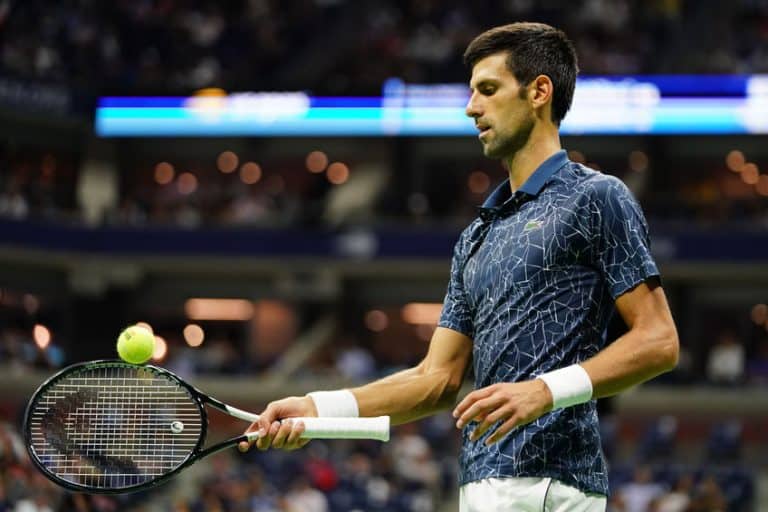 Head offers a wide array of tennis strings that people use and rely on for tennis every single time they play. When a person finds the right string for them, they are likely to stick… 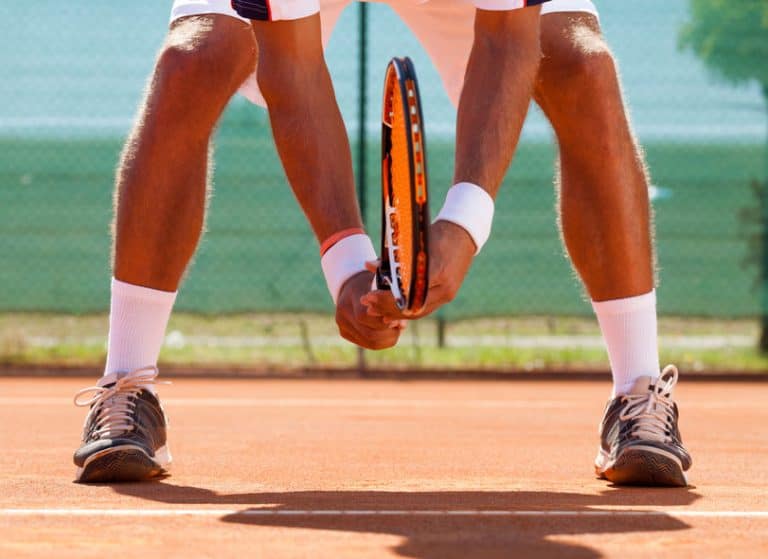 Once a player reaches a certain skill level a proper racquet is needed to maximize shop-making ability. Advanced tennis racquets are the same thing as performance tennis racquets used and endorsed by players at the… 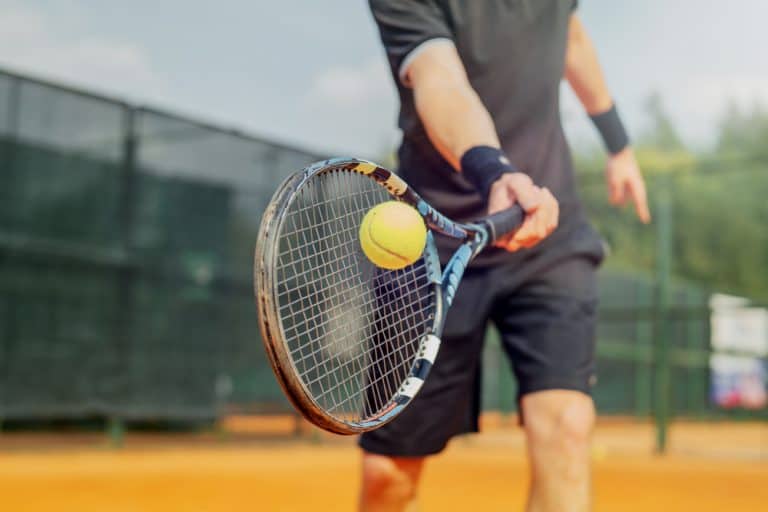 Every single shot in tennis needs some level of control for a player to reach their full potential. Some racquets out there provide players with plenty of added power, but lack the type of control… 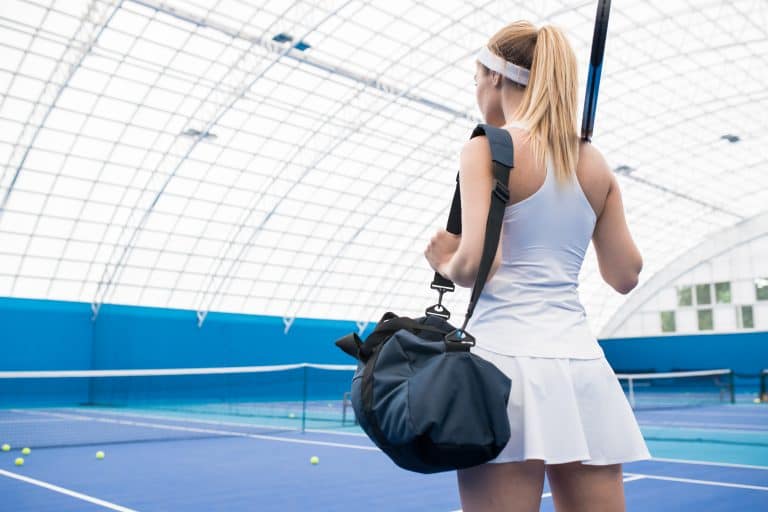 There are a lot of equipments that are essential for a tennis player and a tennis bag is one of them. If you play tennis on a serious level, you know that there is a…