One of the original video games for any console was Pong. Loosely based on tennis, there have been tennis games for years and years.

These days, people can play any type of video game they want from their smartphone. It’s a fun and enjoyable experience when the right one is downloaded or purchased.

The question is, what are the best tennis games on mobile? These seven are worth the download to check out.

Produced by Sega, Virtua Tennis Challenge has been a pretty big seller since its release. It has some over-the-top animations, which makes it a bit of a hybrid between arcade and simulation. That might not be for everyone, but the gameplay seems to grab a wide demographic.

It’s also a bit of a bummer that Sega was not able to get any real professionals in this game. Maybe they have plans to add them in the future, but Virtua Tennis Challenge allows players to only go up against fake names. It hurts the immersion a bit, but it is a mobile game instead of a full release.

Free to download and start playing, there will be some who start to pay money for upgrades. There are a lot of ads that go with the game that can be annoying for players just trying to get to the action. With fast-paced games and not a lot of downtime, it’s easy to move along in a career.

There’s been a lot of good things said about Tennis World Open as being one of the better games currently on the market. It’s a comprehensive option that offers many different venues for players to participate in.

They use 3-D graphics to try to make everything as realistic as possible, but they do run into the same issue as many in that they don’t have licensed players.

Gameplay is pretty smooth, as there are no framerate slowdowns or anything like that. Since it’s more on the simulation side, it might not be for everyone who is looking for a bit more action.

True tennis players might gravitate towards this over some of the others because the same type of strategy is used in the video game world as on the court.

The Australian Open Game on mobile is one of the few to use true tennis players. It’s nice to have professionals replicated in miniature form to use on the courts. It also helps that it is officially sponsored by the Australian Open, so that stadium is in the game as well.

As far as gameplay is concerned, this game performs decently well on mobile. It’s much more robust on consoles and the PC, but it has a pretty good job of turning into a mobile simulation. It’s more on the simulation side compared to any arcade options out there.

Since this is free to try out, it’s worth giving it a look. Just be careful that a lot of the good stuff is behind a paywall, so be ready to pay if it seems like the tennis game of choice.

This is a very simple game of tennis that is easy to fit in with even the busiest of schedules. It’s not exactly a simulation, but there are some aspects to the game that will please even the most rabid simulation tennis fans.

Everything from the beginning is extremely easy to figure out. In a matter of seconds, people can be immersed in a game.

It’s all about timing rather than positioning, so focus on getting strokes down and it will be easy to move up the ranks. There are different skill levels, but some find it too easy even on the hardest one.

A lot of people compare Stick Tennis to a modern take on Pong. While there’s a little bit more strategy in this compared to that old-school game, it’s still pretty intriguing to see the similarities.

The heavy marketing that goes behind Tennis Clash has forced a lot of people to at least give the game a try. It has its positives and negatives, and that’s left some wondering if they should stick with it or not.

It might not be the most robust game of tennis on mobile, but it provides enough content that it will stay intriguing.

First things first, anyone who has looked at the ads for this game should know that it does not play like that. They do skits for most of the gameplay, instead of showing actual gameplay.

That rubs people the wrong way. It’s not like the gameplay is terrible, but marketing something different messes with consumers.

Play this game for an arcade-like take on tennis. Some pretty incredible shots are possible to pull off. The gameplay is fun, and the matches move quickly. It’s easy to try, but anyone looking to play long-term would be better off opening up their wallets for an ad-free, upgraded game.

A game that focuses on simulation that is free to try out is Ultimate Tennis. This mobile option has pretty simplistic controls, which can be a good thing for those who want to play one-handed.

In fact, it’s a timing game more than anything, allowing people to play casually while still getting some simulation out of it.

There might be some who feel like they are left wanting just a little bit more control over all of the action. It’s not a perfect simulation, but for the price of free, it’s worth checking out and seeing if it plays as it should.

There’s something unique about the simplicity of Hit Tennis 3. There’s a reason why it has such high ratings, despite it not exactly being the most intricate game.

Instead of relying on only pushing buttons, everything is about swiping and flicking to control play. There are a variety of tournaments and locations to pick from, which keeps players interested and consistently playing.

Like a lot of games, there will be a decent amount of in-app purchases available to make the progression go a little bit faster.

There’s also the opportunity to never spend a dime on the game if a person chooses not to. It’s not going to be the most realistic game out there, but it’s a fun way to get some action once in a while.

With no clear-cut standout, the Australian Open Tennis Game at least brings real tennis players to the mix. It seems to be one thing that’s missing from a lot of other games on mobile.

It’s more of a simulation than a lot of the tennis games out there, which can be appreciated by true tennis fans as well.

The game is not without flaws, but it’s a fun one to play while on the go. They keep action pretty fast-paced so that matches don’t drag on for too long.

Best Tennis Games on Other Platforms: 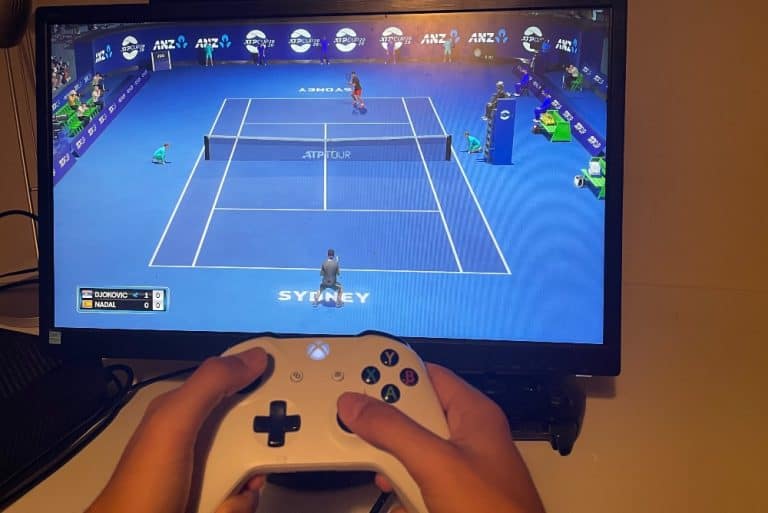 There is an extensive range of tennis video games out there for tennis fans to explore on the Xbox One. Some people are looking for the closest thing to the real sport, while others want… 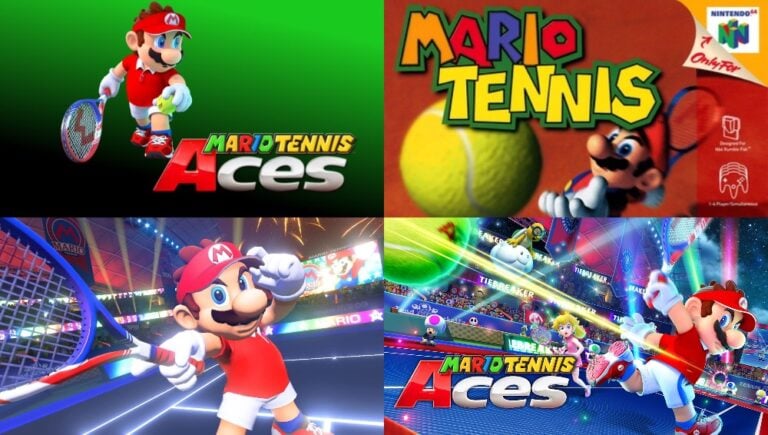 The Mario game series is one of the most recognizable and popular of all time. One look at the friendly red and blue cartoon plumber brings back childhood memories of him leaping over obstacles and… 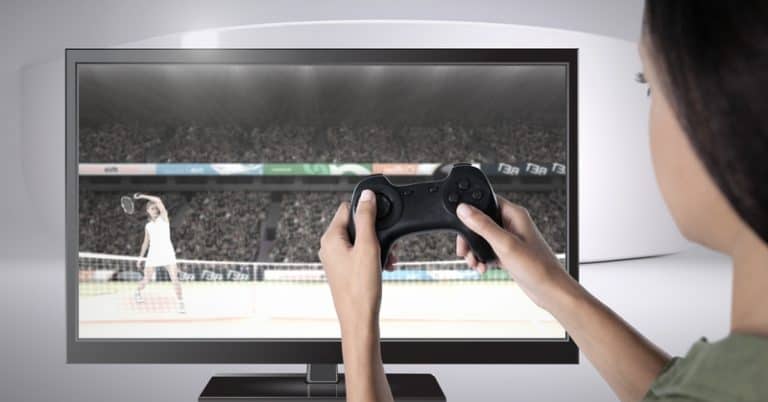 Tennis on the PlayStation 4 does not have quite the same options as some other sports. That is not to say that there are not some great tennis games, but no huge production companies decided… 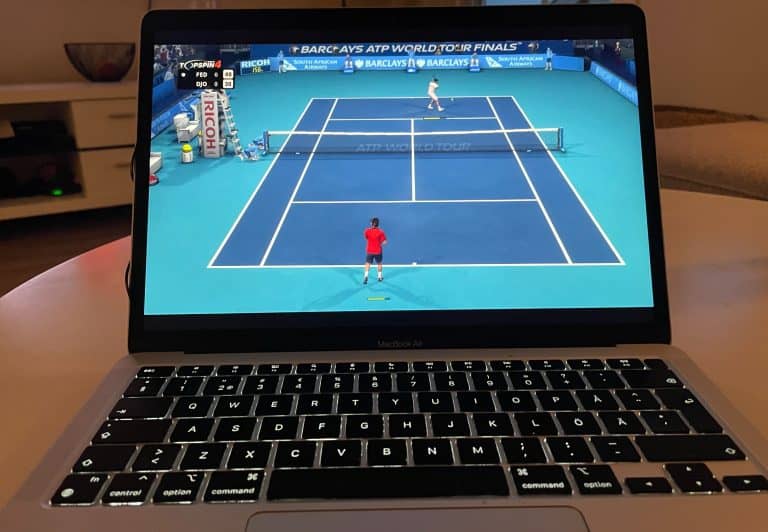 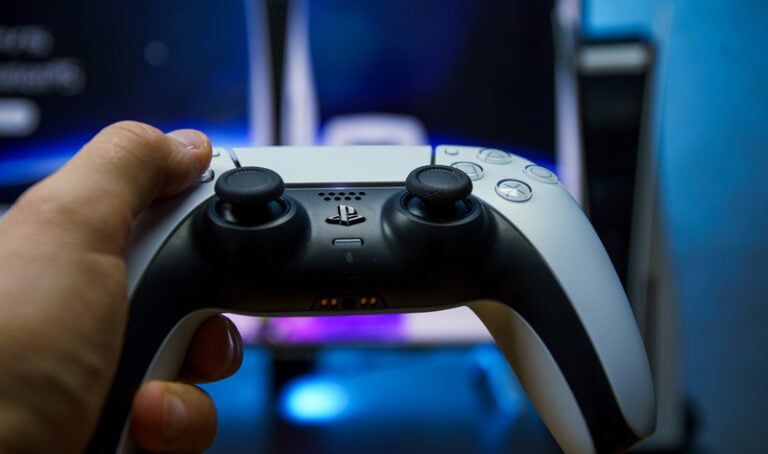 With the PS5 still being a relatively new video game system, there aren’t a lot of choices out there for tennis players to hit the virtual courts. However, those who enjoy the sport are still… 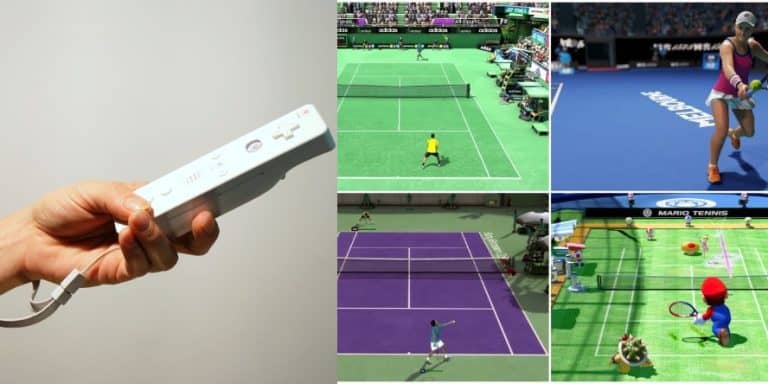