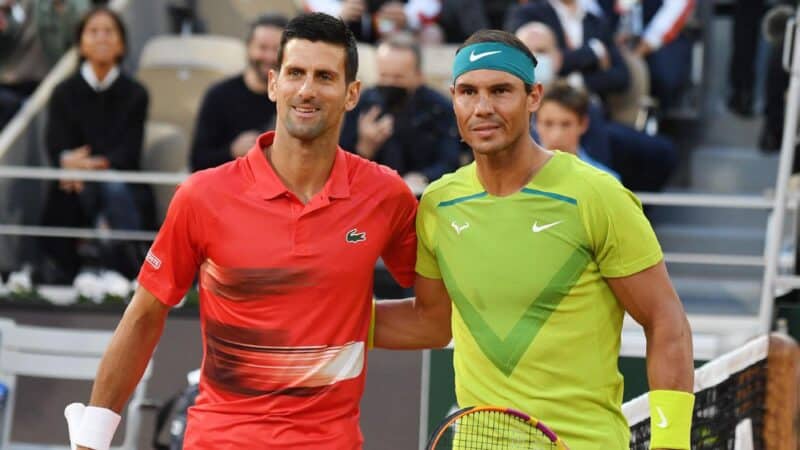 I love watching tennis pros on the court more than any other sport. They make it look so easy, but we all know the hidden training, practice, and sheer athleticism that goes into playing as they do.

I always find myself getting into debates with my friends about who the better player is — Nadal vs Djokovic?

There are die-hard fans for both players, and I have to say, it’s a tough call. They’re both amazing in their own ways. But if I had to choose one, I think Djokovic is the better player overall.

Table of Contents show
1 How Do These Two Players Match Up Equally?
2 The Case For Novak Djokovic Being The Greatest
3 Why Nadal May Be The Greatest Player
4 Who Has The Better Technique?
5 Which Player Has More Endorsements?
6 So, How Did Nadal and Djokovic Become So Great?
7 How Have These Players Influenced The Future Of Tennis?
8 Does Any Other Player Come Close To These Two?
9 Why Is Wimbledon So Important?
10 Did Their Respective Cultures Influence Their Success?
11 What Do They Have In Common?
12 What Makes Them Different?
13 So, Who Is The Better Player, Nadal orDjokavic?

How Do These Two Players Match Up Equally?

When you compare Nadal’s and Djokovic’s stats side-by-side, they’re actually pretty similar. Nadal has a higher win rate overall, but Djokovic isn’t far behind, since they both have a 83.3% career singles record.

Both players have also had long winning streaks — Nadal’s being the longest, at 81 matches, but Djokovic isn’t far behind with 77. And when it comes to Grand Slams, Nadal has won 22, while Djokovic has won 21.

So if their stats are so similar, how can we decide who the better player is?

Let’s take a closer look at their individual strengths and weaknesses.

The Case For Novak Djokovic Being The Greatest 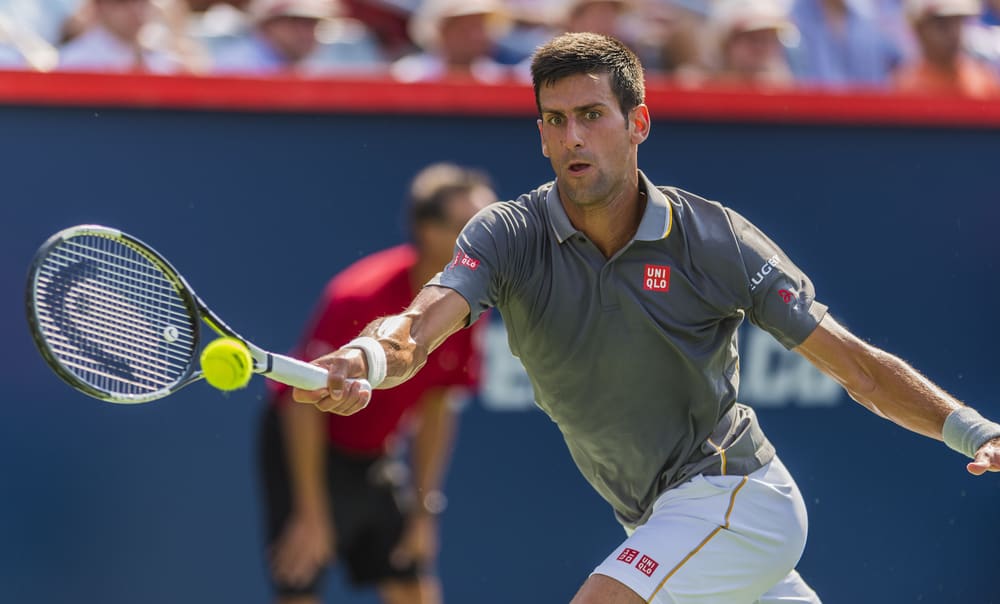 When you compare their statistics, it’s clear that Djokovic has the edge. He has a better winning percentage than Nadal, and he’s beaten Nadal more times than Nadal has beaten him. While Djokovic has played tennis two years less than Nadal, he has an equal career singles record.

When it comes to Wimbledon, Djokovic has six wins under his belt compared to Nadal’s two.

In terms of ranking, he holds the record for the longest period of having the #1 spot – a whole 373 weeks!

Another one of Djokovic’s strengths is his versatility. He’s comfortable playing on all surfaces, and he’s had success on both hard courts and clay courts. In 2016 his French Open win marked a Grand Slam title on all three surfaces — hard court, clay court, and grass court — in a single calendar year. In 2021, he completed another surface slam.

Why Nadal May Be The Greatest Player 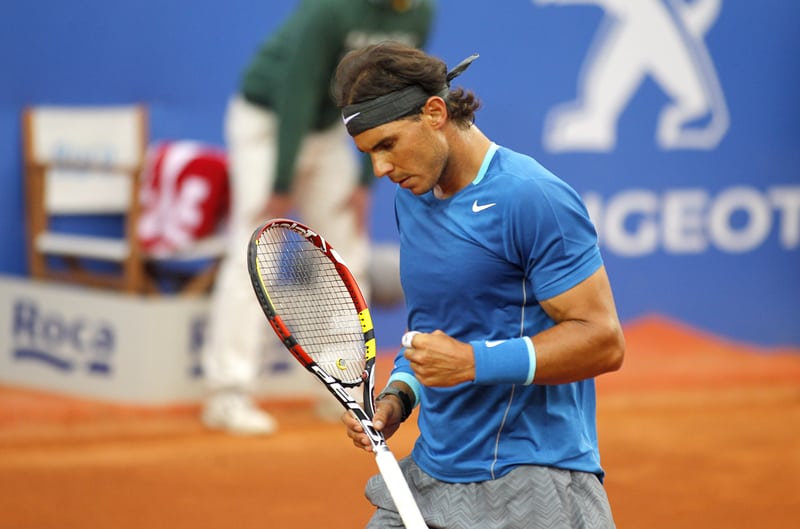 So why is Nadal considered the better player? Part of it may be because he’s been more successful at overall career wins. Nadal has won Wimbledon twice and 36 ATP Masters 1000 titles.

He was the youngest to achieve the Career Grands Slam at the age of 24. Nadal has also won more Grand Slam titles than any other player in history.

His temperament on the court is also admirable, and he’s known for being a sportsman. He always congratulates his opponents, no matter how heated the match. Unlike other previous high-ranking males, Nadal is not known for leaving a string of slammed or broken rackets in his wake.

Some experts have even argued that Nadal’s biggest strength is his mental game. He’s able to block out distractions and maintain his focus. He proclaims the benefits of yoga and meditation to help him stay in the present moment. His childhood coach has noted than even as a 12 year old, Nadal was intensely focused on his sport.

Nadal is considered one of the greatest players of all time, and it’s easy to see why.

Who Has The Better Technique?

Nadal is considered to have the better technique of the two players. His forehand is particularly lethal, and he’s known for his ability to generate a lot of topspin on his shots. This makes it difficult for opponents to return his shots, and it often forces them into making mistakes.

Djokovic also has a strong forehand, but Nadal’s is considered to be stronger. Nadal has also received praise at times for his exceptional footwork. His foot action has even impressed professional football manager Gareth Southgate. He’s quick around the court and able to chase down any shot.

Which Player Has More Endorsements?

One of the best things about being the best (or one of them), is the number of endorsements and sponsorships you can have on your plate as an athlete. Just ask Michael Jordan.

Between endorsements and tennis wins, both players are rolling in dough since Djokovic has a networth of about $15O million while Nadal’s is $130 million.

So, How Did Nadal and Djokovic Become So Great?

As we continue to access these two players, let’s look back at their origins. Nadal was born into a family of athletes, and started playing tennis at a young age. His uncle, Miguel Angel Nadal, was a professional footballer, and his other uncle, Toni Nadal, was his coach. He really made his mark on the tennis world in 2005, when he won his first Wimbledon title at the age of 19.

Djokovic also started playing tennis at a young age and had family atheletic influence. His father was a professional skier and instructor. Djokovic’s first coach was Jelena Gencic, who also coached Monica Seles. Djokovic gained prominence in the tennis world in 2008, when he won his first Grand Slam title at the age of 20.

Both Nadal and Djokovic had a lot of support and guidance from their families and coaches from a young age. This undoubtedly played a role in their development as elite athletes.

When it comes to height, neither man is a small. Djokovic is 6’2″, while Nadal is 6’1“. Only an inch difference in height – yet another way these two have close stats.

They both have an impressive wingspan as well . Djokovic’s wingspan is 6’6″, while Nadal’s is 6’5”. This helps them generate a lot of power on their shots.

How Have These Players Influenced The Future Of Tennis?

Nadal and Djokovic have had a huge impact on the future of tennis. They’ve raised the level of play, and they’ve shown that it’s possible to achieve a high level of success without sacrificing your mental or physical health.

They’ve also shown that it’s possible to have a long and successful career in tennis. Nadal is 36 years old, and Djokovic is 35 years old. They’re both still in their prime, and they’re showing no signs of slowing down anytime soon.

Does Any Other Player Come Close To These Two?

There are a few other players who come close to Nadal and Djokovic, but none of them have been able to consistently match their level of play. Roger Federer is considered to be the third-best player of all time, and he’s won 20 Grand Slam titles.

Andy Murray is also considered to be a great player, but he’s only won three Grand Slam titles. He’s also had several injuries in recent years, which has prevented him from playing at his best.

Nadal and Djokovic have set the bar very high, and it’s going to be difficult for any other player to reach their level of success.

Why Is Wimbledon So Important?

Wimbledon is the most prestigious tennis tournament in the world, and it’s considered to be the most important event in tennis. This is because it’s the only Grand Slam tournament that’s played on grass.

Grass is a very different surface than clay or hard courts, and it requires a different style of play. Wimbledon is the only Grand Slam tournament that’s played on grass, so it’s considered to be the most important event in tennis.

Both players have Wimbledon wins under their belt and possibly more to come.

Did Their Respective Cultures Influence Their Success?

It’s interesting to note that Nadal is from Spain and Djokovic is from Serbia. These are two countries with very different cultures. However, the common link was tennis.

Spain is a country loves its soccer and likes tennis. If you visit, you can partake in tennis holidays. However, Spain had to deal with cuts and a very small tennis budget over the years. Regardless of budget, Nadal had strong family support to guide him.. Luckily, he has a good coach, his uncle, who told him to never break a tennis racket in frustration or he would not coach him.

Djokovic comes from a country that’s also very passionate about football. However, Serbia has produced many great players such as Novak Djokovic, Ana Ivanovic, and Janko Tipsarevic. Djokovic had the support of his country behind him from a very young age.

What Do They Have In Common?

As you can see, Nadal and Djokovic have a lot in common from their height to their wingspan, to their impressive stats. Both can play on different surfaces and have won multiple Grand Slam titles.

Like many tennis prodigies, they started playing tennis at a young age and they had a lot of support from their families and coaches. They’ve both had long and successful careers, and they’re considered to be two of the best players of all time.

What Makes Them Different?

If you ever play against Nadal, be prepared for his powerful groundstrokes. Groundstrokes are the shots that are hit after the ball bounces. Nadal hits his groundstrokes with a lot of topspin, which makes them difficult to return.

Djokovic, on the other hand, hits his groundstrokes more clean and flat. This means that the ball doesn’t spin as much, and it’s easier to return. He also excels in court coverage and the ability to make shots from all over the court.

When it comes to emotion, Nadal is known for being very passionate but relatively well-behaved on the court. Apparently, he remembers his childhood coach’s advice.

However, Djokovic has been known to have more emotional outbursts. He even smashed his racket in a loss at the Tokyo Olympics.

So, Who Is The Better Player, Nadal orDjokavic?

In the end, though, it’s hard to argue that Djokovic isn’t the better player. He’s been more successful than Nadal overall, and he’s still in his prime. Djokovic may not have the same legacy as Nadal yet, but he’s well on his way to becoming the greatest tennis player of all time. Both men are considered to be two of the best players ever, but Djokovic’s edge in recent years gives him the title of the best player in the world. If he keeps his emotions in check, there’s no telling how many more Grand Slams he could win. Only time will tell. 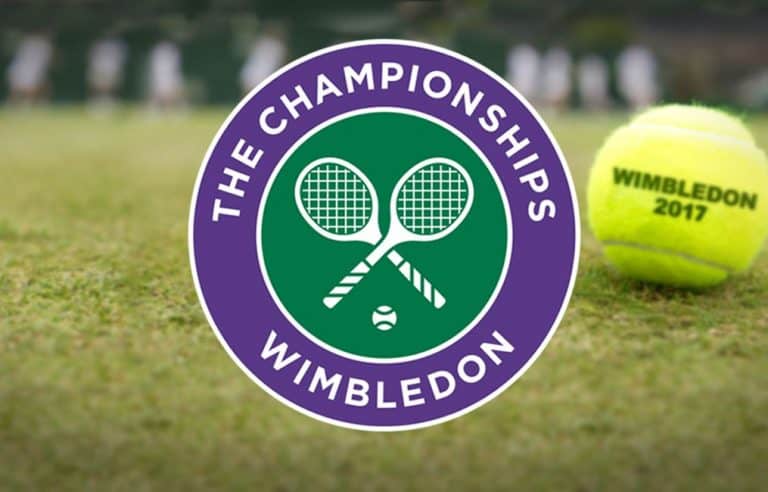 Wimbledon is widely regarded as the most prestigious tournament in the world. It’s 1 of 4 Grand Slam tournaments and the only one played on grass. Below is a breakdown of all the Wimbledon men’s… 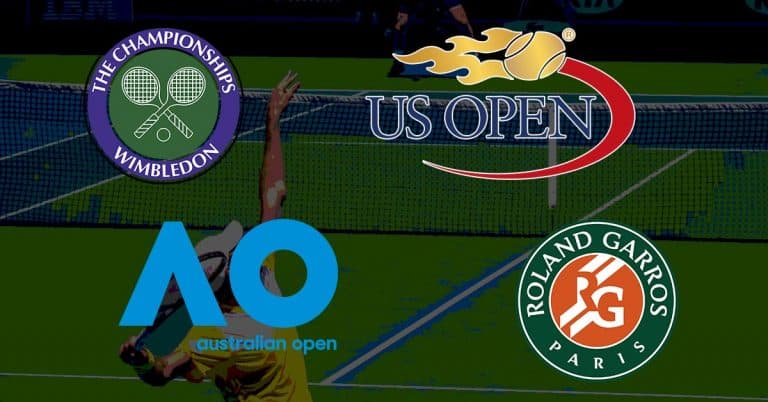 Every tennis players dream is to claim themselves a Grand Slam champion. It’s the most prestigious tennis tournaments in the world, and very few players have had the luck to win one. The Grand Slams…

US Open is one of the most prestigious and oldest tennis tournaments in the world. It’s 1 of 4 Grand Slam tournaments and is played in New York each year in September. Below is a… 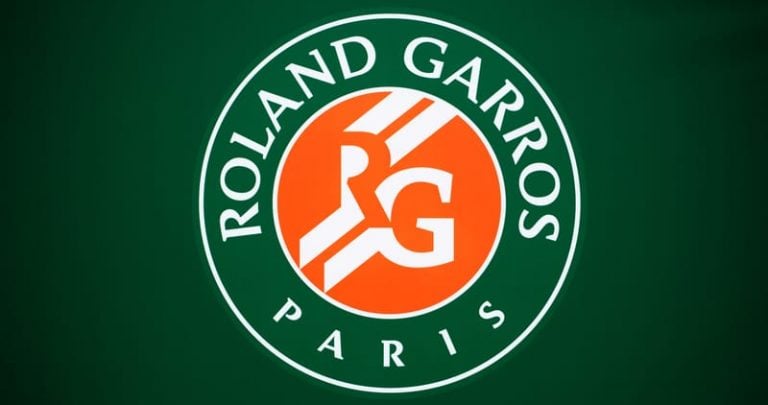 French Open have been one of the biggest tennis events in the world, being 1 of 4 Grand Slam tournaments and the only one played on clay. Below is a breakdown of all the French… 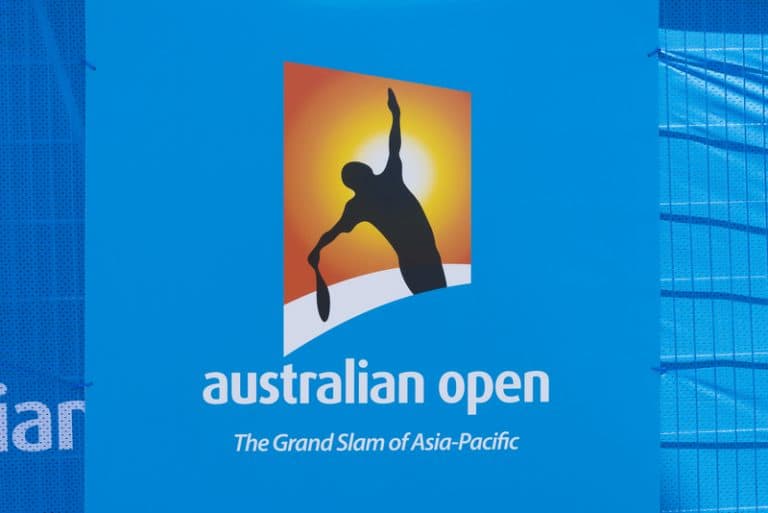 The Australian Open have been one of the most prestigious tennis tournaments for decades. It’s 1 of 4 Grand Slam tournaments and is played in Melbourne each year in January. Below is a breakdown of…