Roger Federer is someone who needs no introduction, even to the average person who doesn’t know much about tennis. Not only has he helped make the sport more popular and exciting, but he’s constantly gaining new fans, both young and old, from all corners of the globe.

How does he keep doing it? Well for starters, his game is amazingly one of a kind. Every tennis match, watching him on the court is like witnessing a magician’s tricks (except the magician is holding a racquet instead of a wand). But beyond that, his appeal also has something to do with the fact that he can speak several languages quite well. Not just one or two.

How Many Languages Can Federer Speak? Roger Federer can speak a total of nine languages, namely English, Swiss German (his first language), German, French, some Italian, Mandarin, Swedish, Spanish and – thanks to his mother who is originally from Johannesburg, South Africa – a little bit of Afrikaans.

Table of Contents show
1 How Is Federer Able To Speak Many Languages?
2 Which Languages Is Federer Most Fluent In?
3 How Does Federer Feel About Being Multilingual?

How Is Federer Able To Speak Many Languages?

That’s only another mega-impressive thing to know about the 20-time Grand Slam champion and holder of 103 tour-level titles. But in a way, it shouldn’t be that much of a surprise, should it? Federer is pretty much synonymous with genius. He is like a superhuman.

However, there is a practical reason why Federer has been able to pick up a myriad of languages that he can both speak well and understand. Apart from the fact that he’s a tennis phenomenon – and the sport is global, which means traveling around the world is essential – he is also Swiss. He had, in fact, grown up in Basel, a Swiss town which lies in close proximity to the borders of France and Germany.

The majority of everyday Swiss people are multilingual. They use multiple languages both at work and outside of the office.

Reports show that when it comes to chatting with friends and family at social gatherings, or simply browsing the internet during their free time, 64% of Swiss (almost 2/3 of the population or about 2.8 million people) use multiple languages at least once a week. Specifically, 38% of Swiss use two, 19% use three and 7% use four or more.

Furthermore, it’s been revealed that for Swiss who are aged 15 or older, those likely to use more than one language regularly are those aged between 15 and 24 (79%), as well as those who are employed (72%). Therefore, you can say that speaking multiple languages from a young age is part and parcel of being Swiss and living in Switzerland.

Which Languages Is Federer Most Fluent In?

As Swiss people in Basel mostly speak Swiss German, Federer of course is most comfortable and natural in speaking Swiss German. He was brought up speaking German as well as English, which is another result of having a South African mother.

French, on the other hand, was not a language he was able to learn until a little later in his childhood. At the young age of 14, he needed to move to the Swiss national tennis academy in Ecublens near Lausanne, the southwestern French-speaking part of the country.

Given how serious he was about pursuing a professional tennis career, Federer made the sacrifice of leaving home for an extended time, to train in a community where he arrived barely knowing the local language.

He felt isolated and was treated differently for being the “Swiss German” kid, but he gradually picked up French during his time there. Three years later, he relocated to Biel, back near Basel, for further training. But his French mastery stayed with him.

Today, it’s easy to tell how easily Federer moves from speaking English to German or Swiss German to French, which is just as fluid as his movement from the baseline to the net in order to finish the point with a cross-court forehand volley. As for the other languages, it isn’t really known to what extent Federer’s fluency in those is.

There have been occasions after his matches at the Shanghai Masters and Italian Open tournaments when Federer addresses the crowd in Mandarin and Italian, respectively. However, no records of him doing lengthy interviews in those languages have been found.

It’s very likely that he knows just enough of them to strike up casual conversations while traveling country to country. That’s something many of us would love to be able to do, isn’t it?

How Does Federer Feel About Being Multilingual?

If you ever live the kind of lifestyle that a global superstar like Roger Federer lives, you might find there are certain pros and cons to knowing multiple languages. There’s definitely the plus of being more marketable to different brands, and being more relatable to fans from all over the world.

The downside of being multilingual? A much greater number of people want a piece of you, especially when it comes to interviews and press conferences. In Federer’s case, his interviews during tournaments tend to be 3-4 times longer than the average pro player’s interviews.

That is a direct result of being asked questions in his four main languages (English, Swiss German, German and French), all of which he generously takes his time answering. And as it turns out, he enjoys doing so. “I think talking in different languages is always an interesting thing,” Federer said during a press conference after his first-round victory back at the 2018 Australian Open, where he had won his most recent Grand Slam Men’s Singles trophy.

Federer went on to say that he appreciates having opportunities to speak to the press, something which not all players are keen on doing, particularly after a disappointing loss in a tournament.

For him, the press is “sort of a bridge” to not just tennis fans but even people who don’t really understand the sport but read up and hear about it in the news. Whenever he speaks and provides journalists with material for their pieces, he hopes to help create “a good story for the people who read it or are watching it on TV.”

Ultimately, Federer sees himself as an ambassador of tennis, whether he’s on or off the court. He hopes through press conferences and other media commitments, more readers and viewers will “think tennis is a great sport, it’s actually interesting.” So, is it really any wonder as to why he’s the most well-liked tennis player – or perhaps even athlete – in the world?

Many view the Italian Open/Rome masters as one of the best tune-ups for the French Open every single year. As one of the biggest tournaments outside of the majors, the best players in the world… 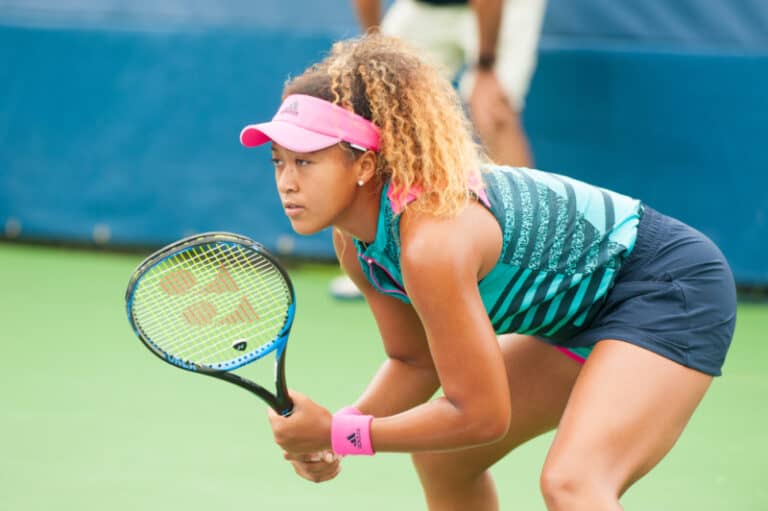 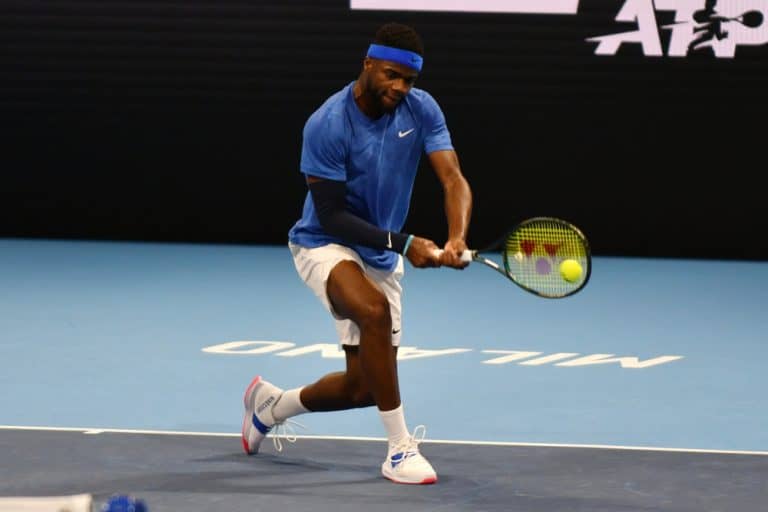 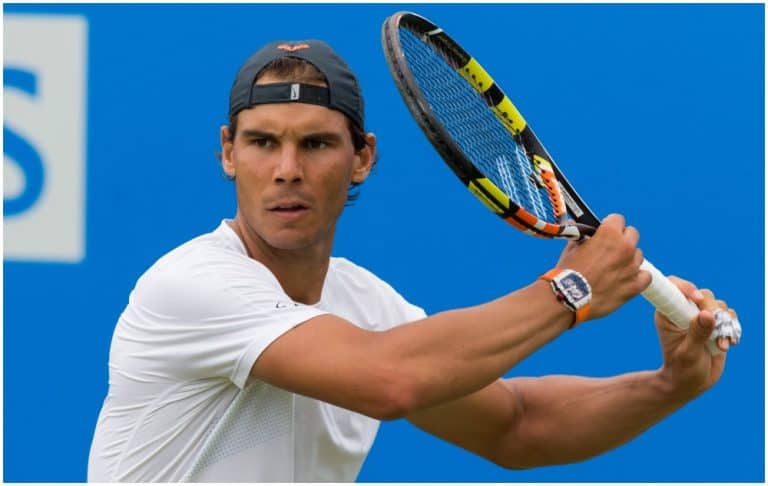 Whenever you look at the wrist of a tennis player, there is usually at least a sweatband on their main playing hand. Other practical accessories on the arm include tape, sleeves, and more. However, there… 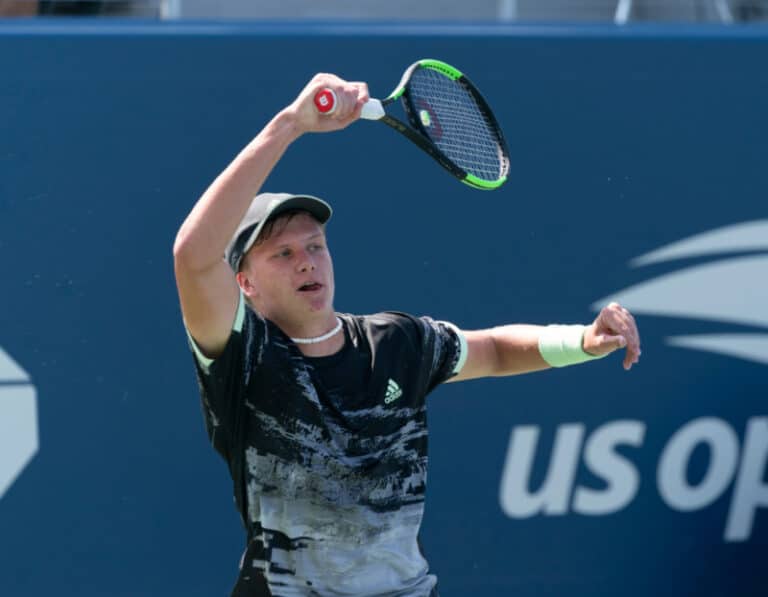 Renting a ball machine is one of the best ways to practice a game that needs so much attention and focus. To become great, thousands and thousands of balls must be hit to build up…